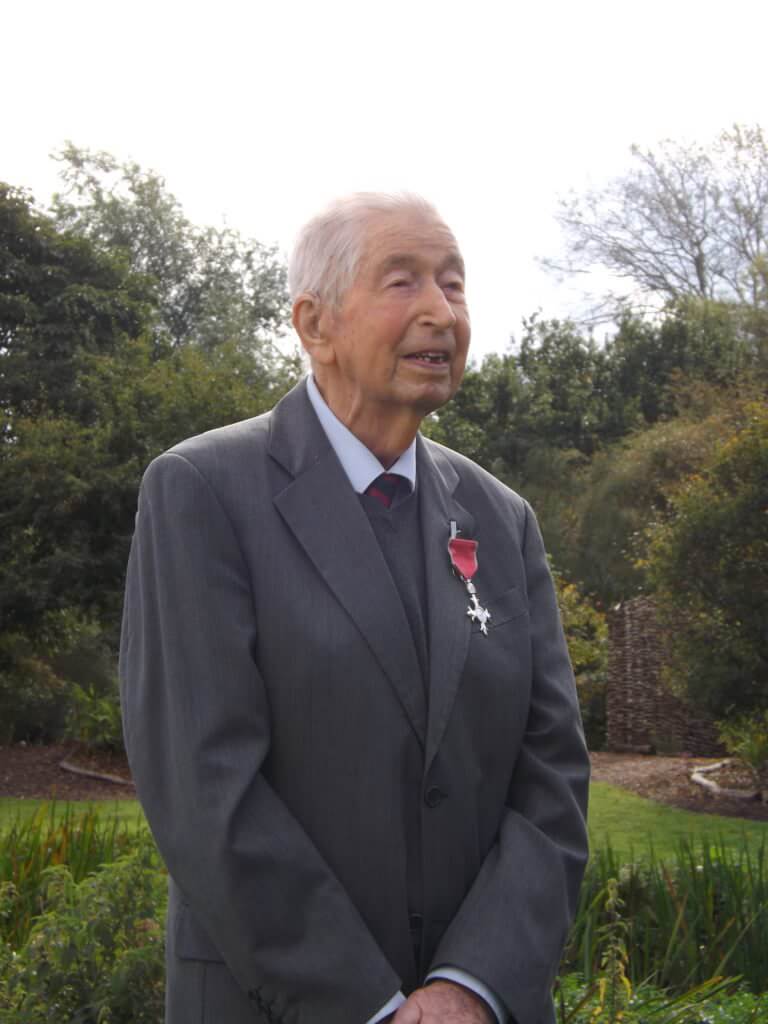 Bernard Tickner, 93, was presented with a Member of the Order of the British Empire (MBE) medal by Lord Lieutenant of Suffolk, Clare, Countess of Euston, in the company of friends at Fullers Mill Garden on Thursday 28 September 2017. Mr Tickner was awarded an MBE in Her Majesty the Queen’s Birthday Honours earlier this year. The award was given in recognition for services to wildlife conservation and horticulture, relating to his voluntary conservation work in Suffolk and for his work at Fullers Mill Garden in West Stow.

“This honour is richly deserved by Bernard and we are all thrilled to see him presented with it in the beautiful setting of Fullers Mill Garden. His contribution to the local brewing industry in Suffolk has seen long-standing economic growth and worldwide renown for Greene King. His place in the world of horticulture, through the creation of Fullers Mill Garden and his subsequent gifting of it to Perennial, and his pivotal role in the creation of important wildlife reserves in this part of Suffolk, shall be his legacy for many generations to come.”

Speaking about his award, Bernard Tickner, who celebrated his 93rd birthday at Fullers Mill Garden earlier this year, said:

“I am truly honoured to have been made an MBE. I have loved living in this part of Suffolk and feel very fortunate to have been able to work and live here for as long as I have. I am humbled that Her Majesty considers me as deserving of the title.”

Bernard Tickner moved to Fullers Mill in 1958 and began making the garden in what was an area of rough scrub and woodland, set on the River Lark. Today the gardens cover some 7 acres, laid out as a series of interconnecting areas. In January 2013 he entrusted it to Perennial, the UK’s only charity dedicated to helping all horticulturists, in order to secure its future so that visitors can enjoy the garden for years to come. Bernard had placed the garden in a charitable trust a decade ago and he continues to fully fund it.

Bernard’s biography, A Scratch in the Soil, published earlier this year, is available to purchase at £8.50 online here. If you would rather collect from the garden (which is now closed for the season) please phone 01284 728888 to order in advance and arrange collection.

For more information about the garden visit www.fullersmillgarden.org.uk

Sorry, no posts matched your criteria.