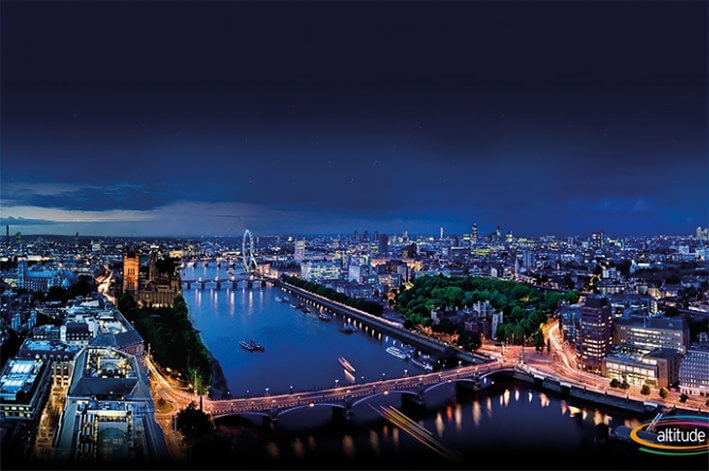 Hundreds of people from across the horticulture industry gathered at the Skyloft at Altitude London at the top of Millbank Tower on Friday 15th January 2016 for the Party for Perennial, the charity’s annual fundraising event. As part of the celebrations, the Perennial Champion Awards were presented to those who went above and beyond in their fundraising for Perennial during 2015.

The Perennial Champions Awards were presented by Chris Collins, former Blue Peter gardener and the face of the “Love your plot” campaign, to:

“It is our pleasure to recognise the achievements of those who have gone the extra mile in their efforts to support Perennial and name them as our Perennial Champions for 2015. The Party for Perennial is one of the most important nights of the year for Perennial and we are delighted that so many people have bought tickets and helped us establish it as an unmissable occasion for those in the horticulture industry. As Chairman of Perennial, I see first-hand the extraordinary support this charity provides to individuals within the industry, often struggling through no fault of their own – any one of us could be struck down by illness or accident at any time and it’s very reassuring to know that we have Perennial as our safety net.”

All funds raised will help support UK horticulturists, retired and of working age, and their families, who come to Perennial for help.  People like Peter Mills who turned to Perennial after a serious accident at work left him unable to work. He described the support offered to him by Perennial as invaluable and he was present at the Party to say a few words about his experience. Read more about Peter at: https://perennial.org.uk/home/ways-we-can-help/success-stories/peter-finds-perennial-invaluable/

The party was only made possible with the generous support of the sponsors: CED Stone Group, the Horticultural Trades Association, Bulldog Tools, Bulrush, and the Landscape Show.

Perennial offers free, confidential advice and support to everyone working in or retired from horticulture and their families, including gardeners, landscapers, nursery and garden centre staff, parks and grounds care staff and tree surgeons. People turn to Perennial for financial and emotional help in times of need because of disability, sickness, poverty, financial hardship and old age – although increasingly younger people are seeking their assistance. Many individuals describe the services Perennial offers as a ‘lifeline’. The work of Perennial depends entirely on voluntary donations from the horticultural industry and the garden-loving public.