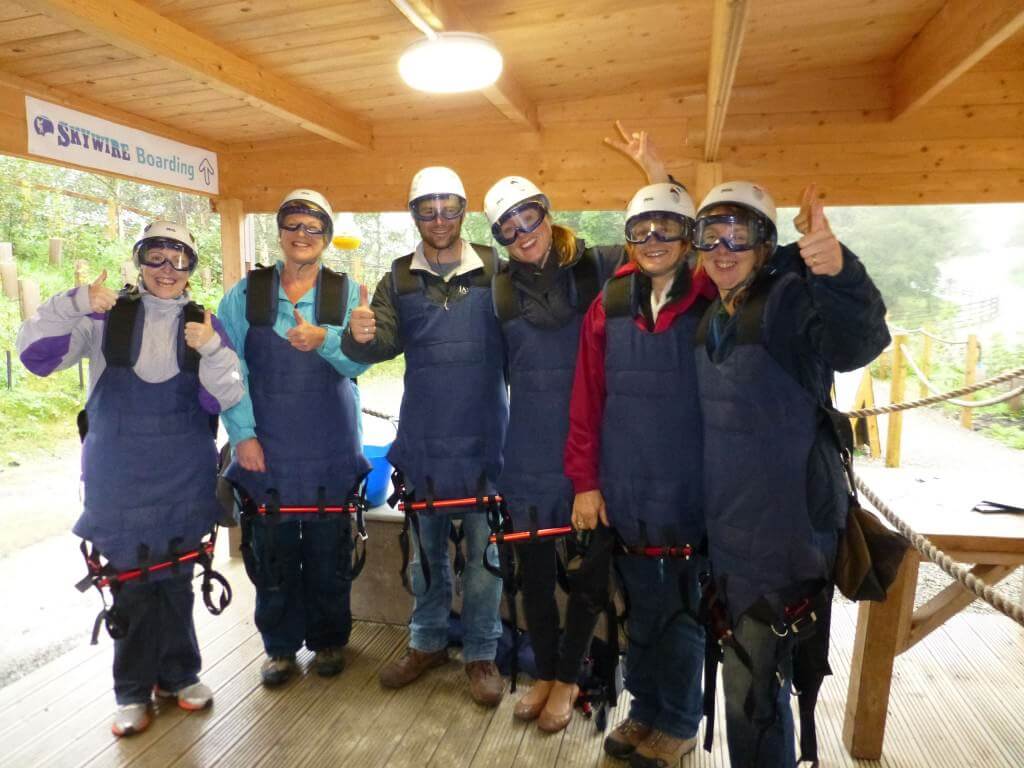 The first national HortAid fundraising campaign has so far raised over £26,000 for Perennial, with more coming in every day. As well as raising funds to help horticulturists and their families during times of need, the campaign has increased awareness across the industry of Perennial and the services that it offers. The inaugural HortAid week ran from 21 – 29 September but fundraising will continue until the end of the year.

As part of HortAid 2013, horticulture businesses, gardeners and everyone working in the UK’s green spaces were encouraged to take part by organising their own fundraising activities. It was conceived as a fun opportunity to give people working in horticulture a focus to get more involved with the only charity dedicated to helping people in their trade.

A variety of activities took place including the grueling 3 Peaks Extreme Challenge where a team of intrepid landscapers climbed the three highest mountains in the UK and cycled the 450 miles in between. A high-flying Sky Wire Challenge took place at the Eden Project in Cornwall, New Hopetoun Gardens in West Lothian held a HortAid Gardeners’ Question Time some business entered the Gnome Sweepstake. Majestic Trees held an Open Day with over 150 attendees, John O’Conner, the grounds maintenance company, has been fundraising hard among its 300 staff and Coles Nurseries donated the proceeds of their Centenary Open Day and have pledged to continue fundraising for Perennial for the rest of the year.

Now Perennial hopes HortAid 2014 will be even bigger and better, when the charity will be celebrating its 175th anniversary. Next year’s HortAid fundraising week will run from 20 – 28 September and people are encouraged to start thinking about how they might take part.

“We would like to thank everyone who has taken part in events for HortAid 2013. As the first time we have run the campaign it has been a very positive start, which we hope to build on next year. Awareness of the charity and its work with people in the UK horticulture trade is growing all the time and we look forward to using next year as a springboard for even more support and fundraising. We are hoping to line up all sorts of exciting fundraising opportunities and encourage even more people from our industry to get involved. If you have an idea for an event or challenge, it’s not too early to get in touch and talk to us about making it happen.”

There is still time to make a donation to the 3 Peaks Extreme Challenge by visiting: http://www.justgiving.com/3PeaksExtreme