A symbolic journey through colour from chaos to inner sanctuary 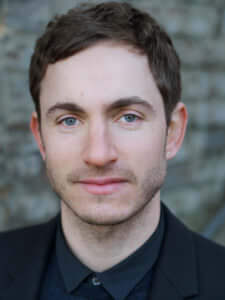 Tom Massey has run his landscape and garden design practice from a base in Richmond Upon Thames since graduating from the London College of Garden Design in July 2015. Tom graduated with distinction and the coveted ‘External Judge’s Prize’; an award given by RHS Gold Medal winning designer Jo Thompson, who praised his work for its scope, ambition and individual style.

Although a relative newcomer to the industry, Tom’s work has already won him multiple industry awards and widespread recognition. Pro Landscaper magazine named Tom as one of the inaugural ’30 Under 30’ in November 2015; thirty people under thirty years of age who show outstanding potential within the landscape industry. In January 2016 Tom won both the residential and commercial design categories of the ‘Society of Garden Designers – Student Awards’.

In July 2016 Tom was awarded an RHS Gold Medal and ‘Best Conceptual Garden’ at his first time exhibiting at the RHS Hampton Court Palace Flower Show. The UNHCR ‘Border Control’ Garden, designed in collaboration with John Ward, received wide ranging press and media attention for its topical theme; the refugee crisis. The garden used native and non-native planting to represent residents and refugees, whilst areas of dead plants, rubble and razor wire were used to symbolise refugee camps and war zones.

Tom is hoping to build on last year’s success returning to the RHS Hampton Court Palace Flower Show 2017 with a garden for the horticulture industry charity Perennial, in the new category at the show ‘Gardens for A Changing World’. The Perennial Sanctuary Garden is filled with a wonderful array of beautiful plants to celebrate the powerful effect plants can have on wellbeing and the escape and respite they can provide for people who have fallen on hard times.

Reunited with multiple gold medal winning contractor Landform Consultants, and with the support of top British suppliers including nursery Hortus Loci, and stone paving specialists London Stone, Tom Massey’s Perennial Sanctuary Garden will be one to look out for at this year’s RHS Hampton Court Palace Flower Show. 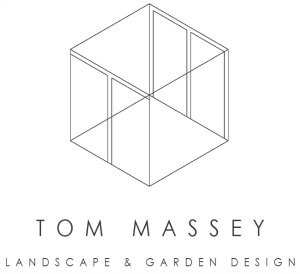