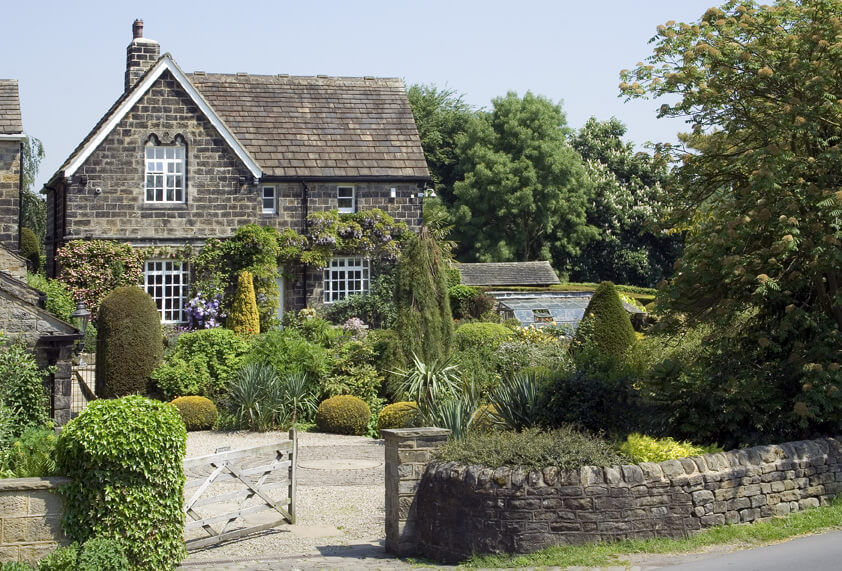 York Gate Garden, owned by Perennial, is one of four recipients of grants from the Heritage Lottery Fund that will allow people across Yorkshire to unearth the fascinating and surprising range of undiscovered natural heritage in their county.

A hidden gem, York Gate is regarded as one of the world’s best small gardens. Just one acre in area, it is a living, growing testament to the Arts and Crafts movement.

When Frederick Spencer bought York Gate, near Leeds, in 1951, it was nothing but a house surrounded by farmland. The gardens, created initially by Frederick and then by his son Robin, in the second half of the 20th century has been laid out as a number of garden rooms, using yew and beech hedges.

What makes the garden exceptional is the exquisite detail Robin incorporated into each part, while using his great skill to unite them into a coherent whole through a continuous succession of vistas and focal points.

Robin died suddenly and prematurely in 1982 at the age of only forty-seven. For the next twelve years his mother, Sybil nurtured the garden. A gifted plantswoman, she continued to develop the fascinating plant collection, which remains today.

Perennial has received a £84,200 grant for a volunteer-led project to research the garden’s history and create a permanent exhibition for visitors, all part of a drive to increase public awareness and help sustain the garden, credited as the only one of its type in the North of England.

Richard Capewell, Chief Executive of Perennial, said: “This award is a tremendous help in realising our long term ambition to preserve this wonderful garden, involving the community and volunteers, and capturing the history of the creation of this exceptional space.”

Other projects to receive grants from the Heritage Lottery Fund are based in Sheffield, York, and Ryedale.

Fiona Spiers, Head of Heritage Lottery Fund Yorkshire and the Humber, said: “These four latest projects vary in size and location but what they all have in common is a celebration of the region’s wealth of beautiful parks, gardens and wildlife sites. It’s thanks to National Lottery players that we can continue to raise awareness of such biodiversity and help local people protect it for future generations.”