Perennial offers a range of learning and development initiatives to help students, and those working in horticulture, who, for whatever reason, are in need of financial support to help with horticultural training. We also offer support for horticulturists who need to change career.

Perhaps difficult circumstances have forced a career change or maybe furthering your skills would open new doors of opportunity? If you already work in horticulture, or want to retrain, we may be able to offer financial support to help you gain qualifications through our Lironi Training Fund (more below).

Since 2009, we have been supporting horticulturists through our Lironi Training Fund, created thanks to a generous legacy from Miss Joan Lironi. The fund offers a range of training initiatives available to those who are in need of financial support unavailable from any other statutory source. It recognises the need to encourage young people to choose a career in horticulture and maintain standards of excellence once within the industry. 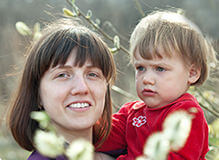 of clients said we had a 'huge' or 'quite big' positive effect on their lives. (Perennial client survey 2011)

Sam’s parents ran a successful nursery but things started to go wrong when his  father became unwell with kidney failure. His mother continued to run the  nursery and care for her husband while Sam helped in the nursery as much as he  could, but when his father’s health deteriorated further and resulted in a long  stay in hospital, Sam’s mother was no longer able to cope. She too became  unwell and the nursery had to close.

Sam was at college taking a two-year National Diploma in Horticulture and had  plans to reopen the business once he was qualified. However the family was  struggling and didn’t have the necessary funds for Sam to continue with his  studies. Perennial stepped in by providing a bursary of £1,500 from our Lironi  Training Fund, enabling Sam to finish his studies and reopen the nursery.

William is a self-employed gardener. He has several regular customers but over the winter, bad weather and ill health prevent him from working and as a result his income falls. His wife has a part time job and they have two children at school. They budget carefully, putting money aside to get themselves through the winter period when they have a significantly reduced income.  In recent years child benefit and child and working tax credits have been frozen so this income has not been supplemented, however all their bills have increased and despite reducing their expenditure further, after all their essential bills are paid, they have a very small disposable income to live on.

Their son Toby recently started at high school. Perennial helped by awarding a grant to pay for his compulsory school uniform items including the school blazer, sports clothing and tie, which could only be purchased directly from the school.

Toby was soon placed on detention by the school because his homework was not fully completed and had been hand written, when it should be typed.  As detention was after the school day had finished, meaning he missed his bus, Toby had to be collected from school by his parents. This incurred additional petrol costs as it is a 30-mile round trip. It transpired that the pupils are instructed to take a photo on their smart phones of the homework from the white board.  Toby didn’t feel able to say that his parents couldn’t afford a smart phone for him and instead was attempting to memorise the homework.  He also hadn’t felt able to explain that they didn’t have broadband, a laptop or printer at home.

Perennial helped by awarding a regular child education payment from our Children’s Fund which provides the essential equipment Toby needs for school. 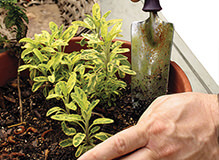 of new clients in 2013 were under retirement age

For further information about how Perennial can help you with horticulture training, please contact us today.

If you feel you need additional help from Perennial, please tell us a little about your situation by filling in our online form or call us in confidence today on 0800 093 8543. 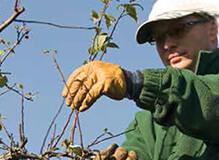 of clients in 2013 were referred to Perennial's debt advice service

Other Ways We Can Help

At Perennial we believe every child should have the opportunity to grow and flourish. A childhood should be a magical adventure of […]