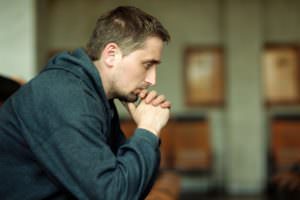 Billy* first contacted Perennial in 2010. He had worked as a groundsman for 10 years since being discharged from the army with Post Traumatic Stress Disorder due to his experiences whilst serving his country. He and his wife were both on low wages and having problems paying the bills. They then borrowed money from doorstep lenders without realising the impact of these high interest rates and as a result were in serious debt. This was having a severe impact on Billy’s mental health, which was already in a fragile state.

Perennial’s debt advice team immediately helped with his rent and council tax arrears. Grants were given for a new bed, mattress and bedding for his two-year old son who had outgrown his cot. So that Billy could seek better paid work, a further grant paid for a new driving licence and a retraining programme was organised and funded.

Unluckily Billy’s home was badly hit by floods in 2012 and most of the family’s possessions were lost including his car. Although the property owner had buildings insurance, the family did not have contents insurance, which is not unusual for those on low incomes.

Perennial stepped in and replaced his cooker and washer-drier and contacted SSAFA, the armed forces charity, which helped with grants for other essential items.

Billy contacted Perennial again in 2014 after his mental health had taken a turn for the worse. He had been made redundant and his wife was pregnant with their second child. Their claims for benefits had failed and they were facing bailiffs. After conversations with Perennial’s debt adviser, Billy accepted the extent of his debt problem and Perennial helped him obtain a Debt Relief Order.

Sadly life has continued to be very tough for Billy. His relationship broke down, which led to a major setback in his mental health. Throughout all of this his Perennial caseworker liaised with the mental health crisis team, helped him apply for relevant benefits and accompanied him to medical examinations. Billy is now on the road to recovery and is hoping to find suitable employment. He knows he can contact his Perennial caseworker whenever he wants.

If you know of someone who needs help, please contact Perennial today.