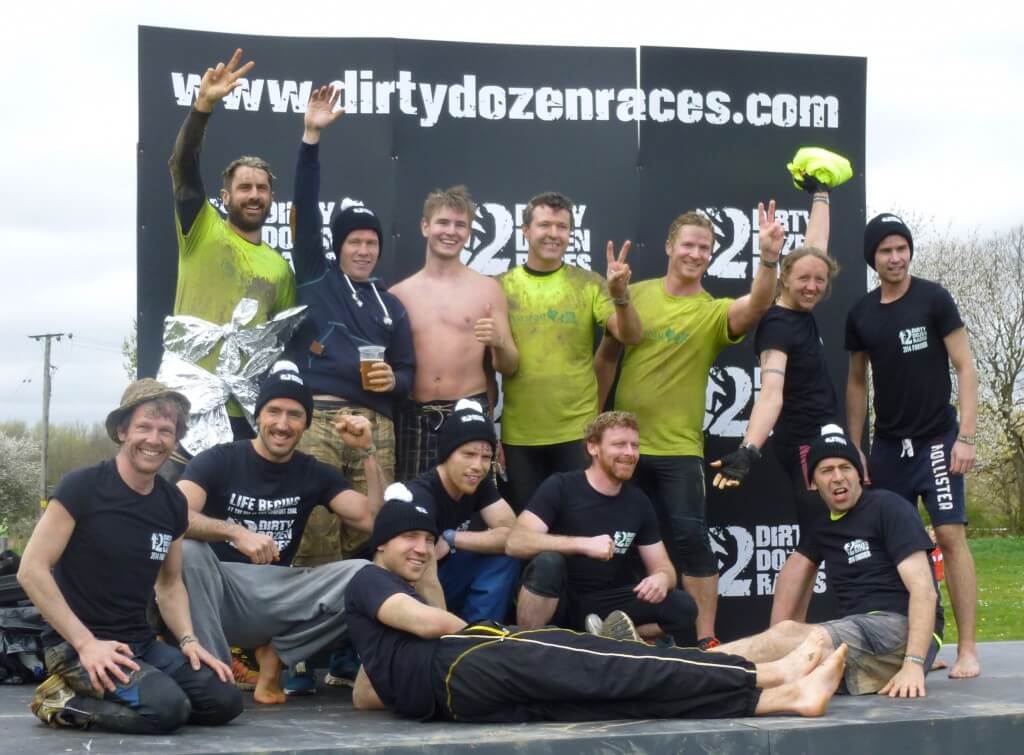 A team of extremely hardy gardeners, landscapers and designers has successfully completed the Dirty Dozen Races on 5th April at Hop Wood Farm in Kent to raise money for UK horticulture charity Perennial. The team ran, swam and oozed their way round the 12km course designed by ex-British Special Forces personnel, tackling 20 military-style obstacles and tonnes of mud.

Speaking about the challenge, and the work of the team in the lead up to the race, team leader Michael Perry (Thompson & Morgan’s planthunter and Ideal World TV presenter) said,

“I felt privileged to be a part of the Grubby Gardeners team on Saturday – they did the charity, and our wonderful industry proud on the day tackling what can only be described as a gruelling course. One team member, Andrew Lane from RHS Garden Wisley, came second in his start wave (22nd overall) and everyone finished which is a truly magnificent effort.”

“More importantly is that our endeavours have encouraged friends, family and colleagues to donate over £5,200 to Perennial so far. We’re hoping to get to £20,000 by the end of the year and are already planning our next event. The Grubby Gardeners will ride again!”

Formed via Twitter to raise money for horticulture charity Perennial as part of its 175th Anniversary Appeal, the Grubby Gardeners have demonstrated how awareness of the charity is increasing. Known until fairly recently as a charity for older, retired gardeners, Perennial has worked hard to raise its profile among a younger generation of horticulturist, promoting its services to those of working age. Latest service figures show that over 85% of recipients of Perennial’s help were of working age in 2013 and 2012.

“We are so grateful to the whole team for getting behind this muddy and exhausting challenge so whole-heartedly. £5,000 will make a life-changing difference to a Perennial client who, following redundancy or illness may be living without heating or hot water, in inadequate accommodation and with insufficient funds to eat properly. We hope to raise an extra £175,000 this year, in celebration of our 175th anniversary, in order to help even more horticulturists in crisis.”

Perennial launched its new look website this month making it easier for those in need of help to get in touch. If you would like to join the Grubby Gardeners on their next challenge, or fancy doing something more sedate for the charity in its anniversary year, visit hortaid.org.uk for ideas or contact info@perennial.org.uk

To donate to the Grubby Gardeners’ Dirty Dozen challenge, visit http://www.justgiving.com/teams/grubby-gardeners, email info@perennial.org.uk or call one of the Perennial team on 0800 093 8510. For all the latest news and tweets follow @PerennialGRBS and the hashtag #grubbygardeners on Twitter.

A selection of images from the day – some courtesy of The Dirty Dozen Races. 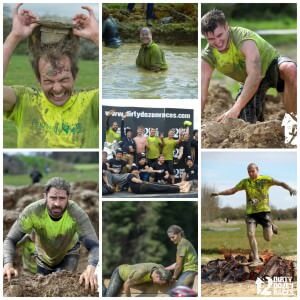