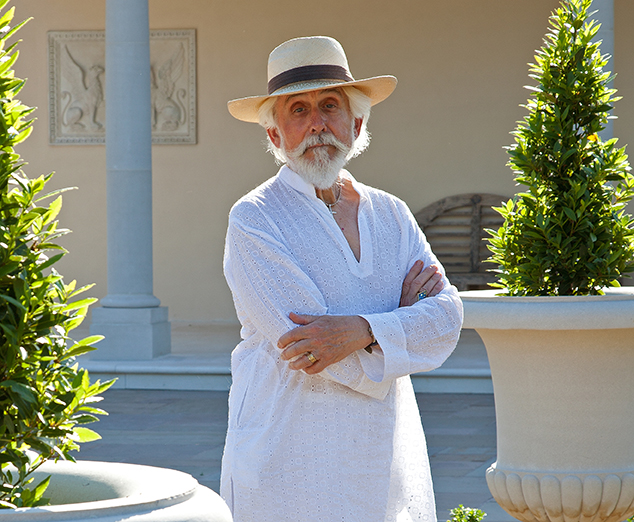 Sir Roy Strong, owner of The Laskett Gardens in Herefordshire, was announced as a member of the prestigious Order of the Companions of Honour in this year’s New Year Honours. Sir Roy, who last July announced his intention to bequeath his beloved The Laskett Gardens to Perennial, was given the honour in recognition of his outstanding contribution to British cultural life.

The youngest ever director of the National Portrait Gallery, he transformed its conservative image. Also the youngest director of the V&A, his exhibitions on the destruction of the country house, the future of our churches and a celebration of British gardening significantly boosted the conservationist agenda over the last forty years. He has continued to write extensively on history, culture and garden design; the garden he created in Herefordshire has been described as one of the most innovative formal gardens of the last fifty years. He has also served for fifteen years as High Bailiff and Searcher of the Sanctuary at Westminster Abbey.

The Order of the Companions of Honour is an order of the Commonwealth Realms. It was founded in June 1917 by King George V as a reward for outstanding achievements in the arts, literature, music, science, politics, industry, and religion.

To read more about the news of Sir Roy Strong’s bequest to Perennial, click here.