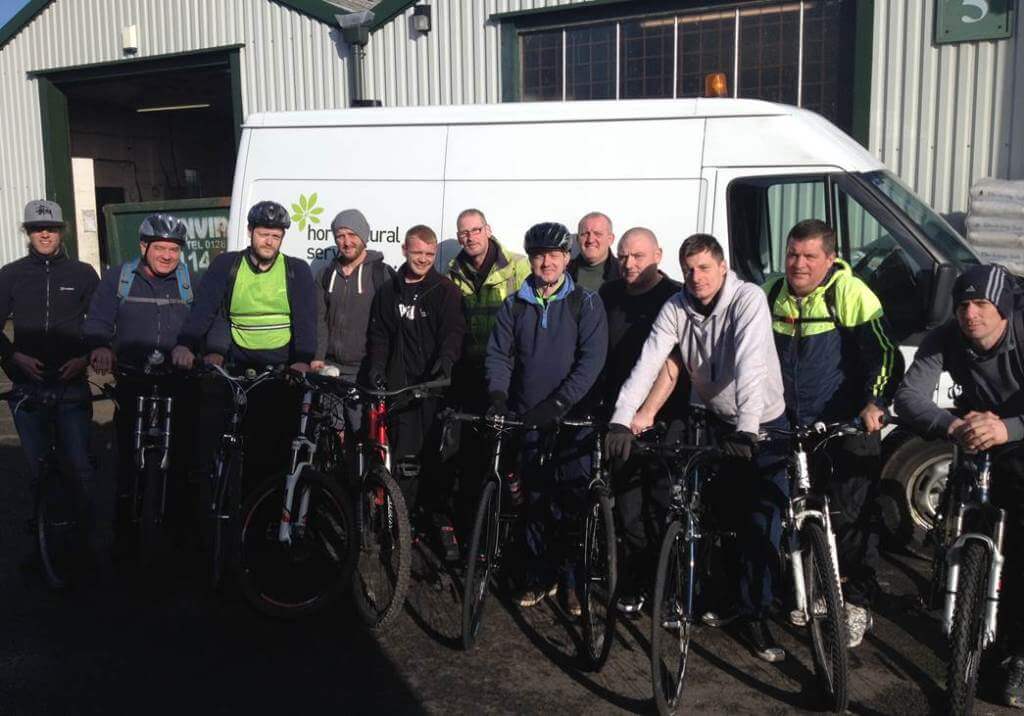 A huge thanks to Sodexo Horticultural Services Preston Grounds Team who have just completed a 50 mile charity bike ride around the city of Preston to raise money for Perennial and a local children’s hospice.

Sodexo is a Platinum Perennial Partner, committed to an annual donation to Perennial and ongoing fundraising activities.  So far Alex Harrison and the team at Sodexo’s Preston depot have raised over £600. Those unable to cycle enjoyed a sponsored fish instead!

The money raised will be split between Perennial and Derian House Children’s Hospice, who cared for Sodexo’s team member Stuart Butcher’s 14 year old daughter six years ago. If you would like to contribute to Sodexo’s fundraising campaign for Perennial you can buy a memorial tree for the Perennial Woodland in Dunorlan Park, Royal Tunbridge Wells. Click here for more information and to purchase a £20 tree.

HortAid 2018 gets under way at the Party for Perennial

Make a beeline for new Perennial products at Chelsea