Thank you to everyone that entered the HortAid-20 Gardening Competition, we had so many fantastic photos to choose from. The judges had the hard task of picking our winners and the results are in. All our category winners will receive a £25 voucher courtesy of Suttons and the Best in Show winner will receive a £250 gardening hamper, as well as signed certificates and the opportunity to meet one of the judges.

Overall winner and the Best in Show – Derek Ferguson

Alan Titchmarsh says:
“During the current crisis, the need for Perennial’s help has never been greater. It really is a  lifesaver  for gardeners and all people in horticulture who are in need of support, and our current work is making a vital difference to so many in these life-threatening times.  That is why the team at Perennial have set up the HortAid-20 Gardening Competition to help raise funds.  With categories to suit everyone, whether you have a large garden or small, or even no garden at all, please do enter, have a bit of fun and help the men and women who have devoted their lives to making our landscape a better place.” 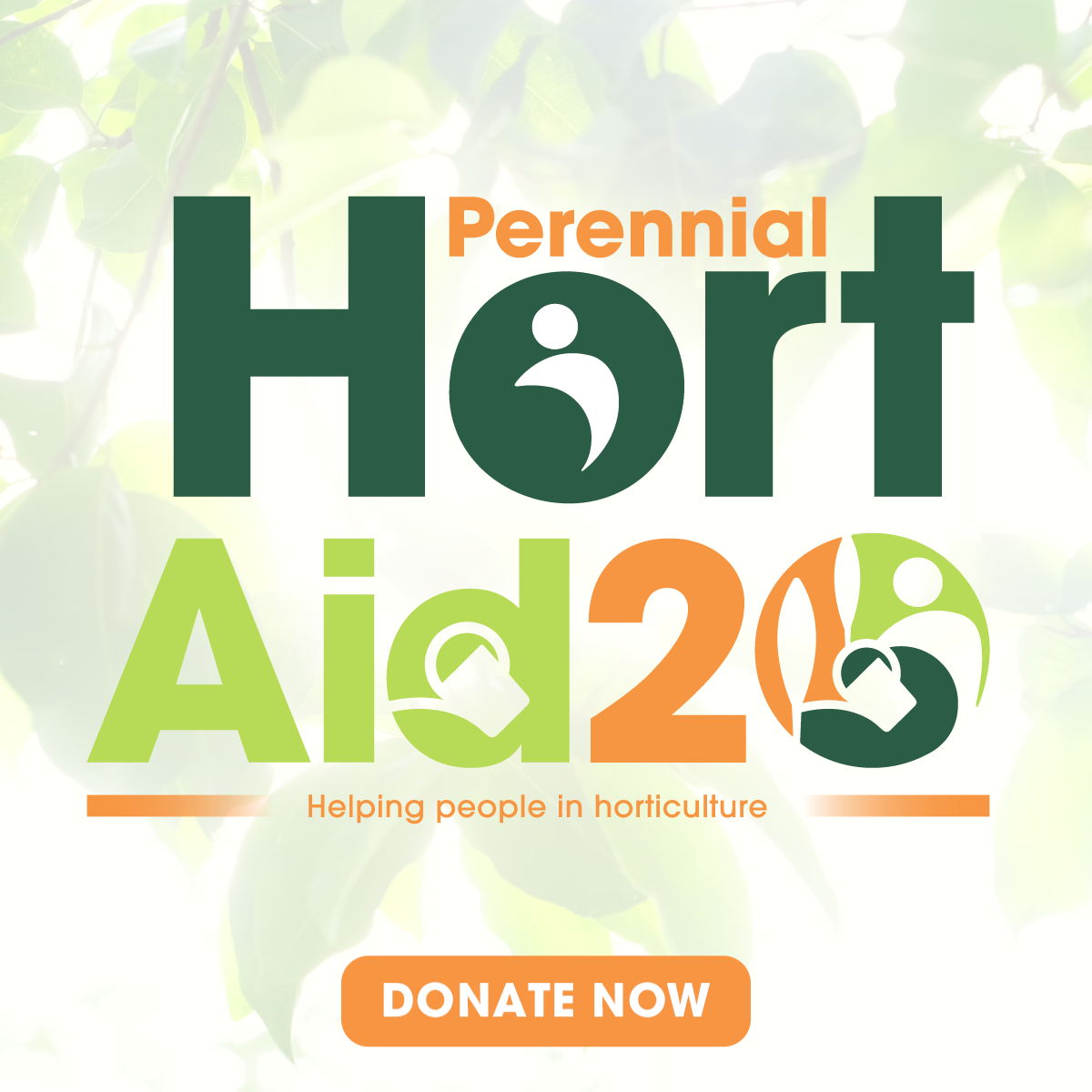 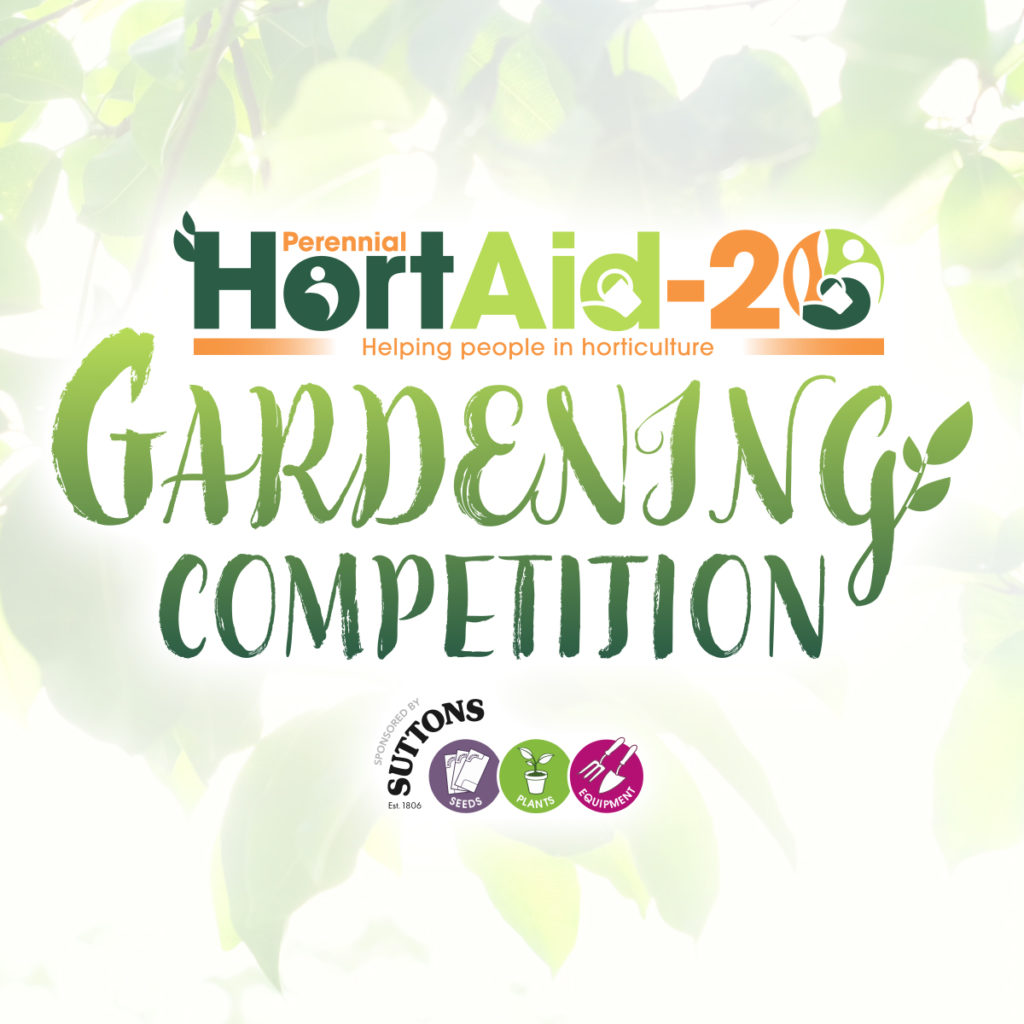 Below are details of all the judges: 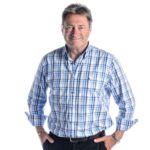 Alan Titchmarsh MBE is the President of Perennial. A gardener, writer, broadcaster, novelist and poet, he is the author of more than fifty gardening books, eleven novels and writes for BBC Gardeners’ World Magazine, Country Life and is gardening correspondent for the Daily Express. He presented ‘Gardeners’ World’ and ‘Ground Force’ for the BBC, had his own chat show on ITV, hosts Classic FM on Saturday mornings and now presents ITV’s ‘Love Your Garden’ where he helps people across the country whose gardens have suffered as they cope with insuperable personal challenges. He remains dedicated to promoting gardening as a way of caring for the wider landscape and as a means of maintaining physical and mental health.

Clive has photographed many of the world’s best gardens, including HRH The Prince of Wales’s own private garden in Scotland, Lord Rothschild’s private garden in Corfu and Lord Heseltine’s private garden in Oxfordshire. His passion for the subject comes across in every image that he makes. He has recently photographed the gardens at The Laskett, York Gate and Fullers Mill for Perennial and is a passionate supporter of the charity. His work has appeared in hundreds of books as well as in countless magazines, calendars and brochures. Clive regularly gives master classes in flower and garden photography at prestigious venues such as The Royal Horticultural Societies garden at Wisley and Kew Gardens 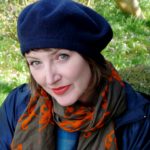 Ann-Marie Powell is a multi-award winning garden designer, television gardening presenter, journalist and author, who divides her time between designing innovative gardens for private clients, companies and charities, and enthusing people about gardening through her books, television appearances and articles in national newspapers and magazines. 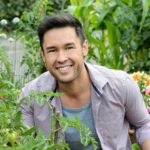 James Wong is a Kew-trained botanist, science writer and broadcaster based in London. Graduating with a Master of Science degree in Ethnobotany in 2006, he has pursued his key research interests through field work in rural Ecuador, Java and China. His presenting work spans a range of BBC programmes, as well as Radio 4’s Gardeners’ Question Time. Becoming an RHS Ambassador in 2014 and in 2015 The Sunday Times listed him as one of the Top 20 most influential people in horticulture.

Jo Whiley is a presenter and keen gardener. The radio presenter spends her evenings on air as the host of her BBC Radio 2 show, and when she’s not working, she likes to spend her time tending to her garden. Having presented on gardening show programmes including the RHS Flower Shows. As well as showcasing the Jo Whiley Scent Garden inspired by aromas that transport us to a moment in time at RHS Chelsea Flower show in 2017. 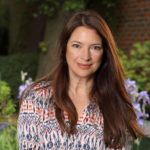 As well as hosting BBC Two’s flagship gardening show Gardeners’ World, Rachel co-hosts all major RHS gardening shows for the BBC including The Chelsea Flower Show, The Hampton Court Flower Show, Malvern Flower Show and BBC’s Gardeners World Live. For ITV Rachel travels the length and breadth of Britain for Countrywise and in addition she has fronted her own series Small Town Gardens and Gardening with the Experts. Rachel has presented several editions of BBC Gardener of the Year. As a journalist Rachel writes a regular gardening column for The Sunday Times, as well as many other gardening magazines. 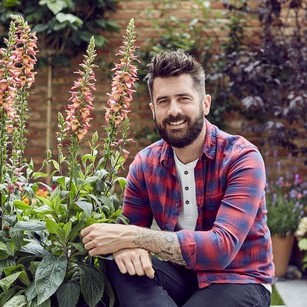 With more than 18 years experience in the horticultural industry, he seems to have become a recognisable face in the plant world (possibly thanks to his relaxed attitude to selfies with his favourite plants!) In 2015, he was listed in the Top 20 most influential horticulturists by The Sunday Times. He has also done gardening segments on ITVs This Morning and stars in the QVC Michael Perry’s Garden shows where he discusses the latest plants and gardening equipment. 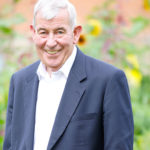 Jim Buttress, the judges judge, is a renowned horticulturalist who has spent a lifetime in horticulture. Seen on TV in the documentary The World Garden at Lullingstone and more recently as the popular judge in The Big Allotment Challenge. He continues presenting radio programmes, acting as a judge for the RHS and speaking at a variety of public and corporate events. 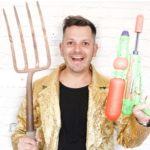 Lee Connelly, The Skinny Jean Gardener is a family gardening TV Presenter appearing on Blue Peter, The Gadget Show and Sunday Brunch. He is a podcaster to 100k monthly listeners and Author of ‘How to get Kids Gardening’. Lee’s enthusiasm is truly infectious, and he has just returned from a country wide tour of schools in the UK, aimed at entertaining and inspiring everyone to get outside and create memories together. 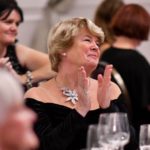 Lesley Watson, was one of the presenters of the Scottish gardening programme, The Beechgrove Garden, for 16 years. As well as an accomplished garden designer, she has been a regular show garden judge at RHS flower shows for over 20 years, which she will be sad to miss this Spring. Lesley has also run a garden centre 12 miles west of Edinburgh for over 30 years, alongside her husband Dougal Philip.

Below are descriptions of the categories:

1. Small Garden front or back
Courtyards, and town gardens or smaller countryside gardens.

2. Large Garden front or back
Larger gardens – “when people walk into your garden and say, ‘Oh what a big garden!’ then this is the category for you”.

3. Community garden
This can be anything – small allotment groups – garden squares – block of flat communal spaces.

4. Garden that normally opens via NGS
If your garden is in the Yellow Book this year, please join the fun and enter here as well as the other garden categories. The NGS is a great support to Perennial in normal years so this is a way of us saying thank you to you. Regardless of size.

6. Best vegetable
Quality over quantity. We will assess the entries on the photos alone so all sides of your prize carrot will need to be photographed.

7. Largest vegetable (photo to include 30cm ruler)
We know the normal size that most veg get to and so this will be proportionate. We are not judging radish against marrows and will judge the largest to be of type. As the entries need to be in mid-august there will be no record breakers.

8. Container/hanging basket/window box
If you have a tiny outside space this category is for you. This will be judges on beauty, apparent health and quality. Go to town on a riot of colour or classic understatement. We are judging on horticulture, not taste!

9. Children’s miniature garden (age 14 and under)
Either growing or on a plate. Up to 50cm square. Veg or flowers, fun and quality.

10. Healthiest houseplant
Quality well looked after plants and needs no outside space.

• Please submit up to 3 pictures per category, via email.
• All photographs must be entered via email to GardeningCompetition@perennial.org.uk, after an entry has been purchased from the Perennial shop.
• By entering your garden images into the competition, you grant permission to Perennial exclusive license to reproduce the images for the following purposes.
• Promotion of the gardening competition on Perennial social media accounts.
• Inclusion of winning garden photographs on the Perennial website and Perennial related social media accounts. Winners will be credited alongside their work.
• Printing of winning garden photographs in local media. We ask that the press credit photographers/winners where the images are used but cannot be held responsible for errors and omissions.
• In your email clearly include your name and address and category entered.
• No responsibility accepted for lost, delayed, ineligible or fraudulent entries.
• Entries received after the closing date of the competition will not be considered.
• Closing date for entries is 11.59pm on 15th August 2020.
• Competition winners will be announced on 18th September 2020.
• Photos submitted into the competition must be taken in 2020.
• Winners of each category will receive a signed certificate and the chance to meet one of celebrity judges. The overall winner will also receive a gardening hamper.
• Judge’s decision as to the winner is final.
• The prizes are non-refundable, non-transferable and not for resale. There is no cash alternative. Perennial and Suttons reserve the right to substitute the prizes with other prizes of the same value.
• Any photo entries must be of your own garden, the verification process will take place during judging.
• The gardening hamper can only be delivered to an address in the U.K.
• If you are under the age of 18 you must have permission to enter the Competition from your parent or guardian. By submitting an entry for the competition, your parent/carer/guardian is deemed to have given such consent and to agree to the use of the entry as described in these terms and conditions.
• The Organisers cannot be held responsible for emails that do not arrive due to the entrant’s email security settings or restrictions placed by their Internet service provider.
• Any photo entries must be of your own garden, the verification process will take place during judging.
• Photographs should not feature any person or people. If it is seen that an entry does include any person or people, Perennial reserves the right to disqualify the entry.
• Perennial reserves the right to amend these terms and conditions or to cancel, alter or amend the competition at any stage, if deemed necessary in its opinion, or if circumstances arise outside of its control or depending on COVID-19 guidelines. 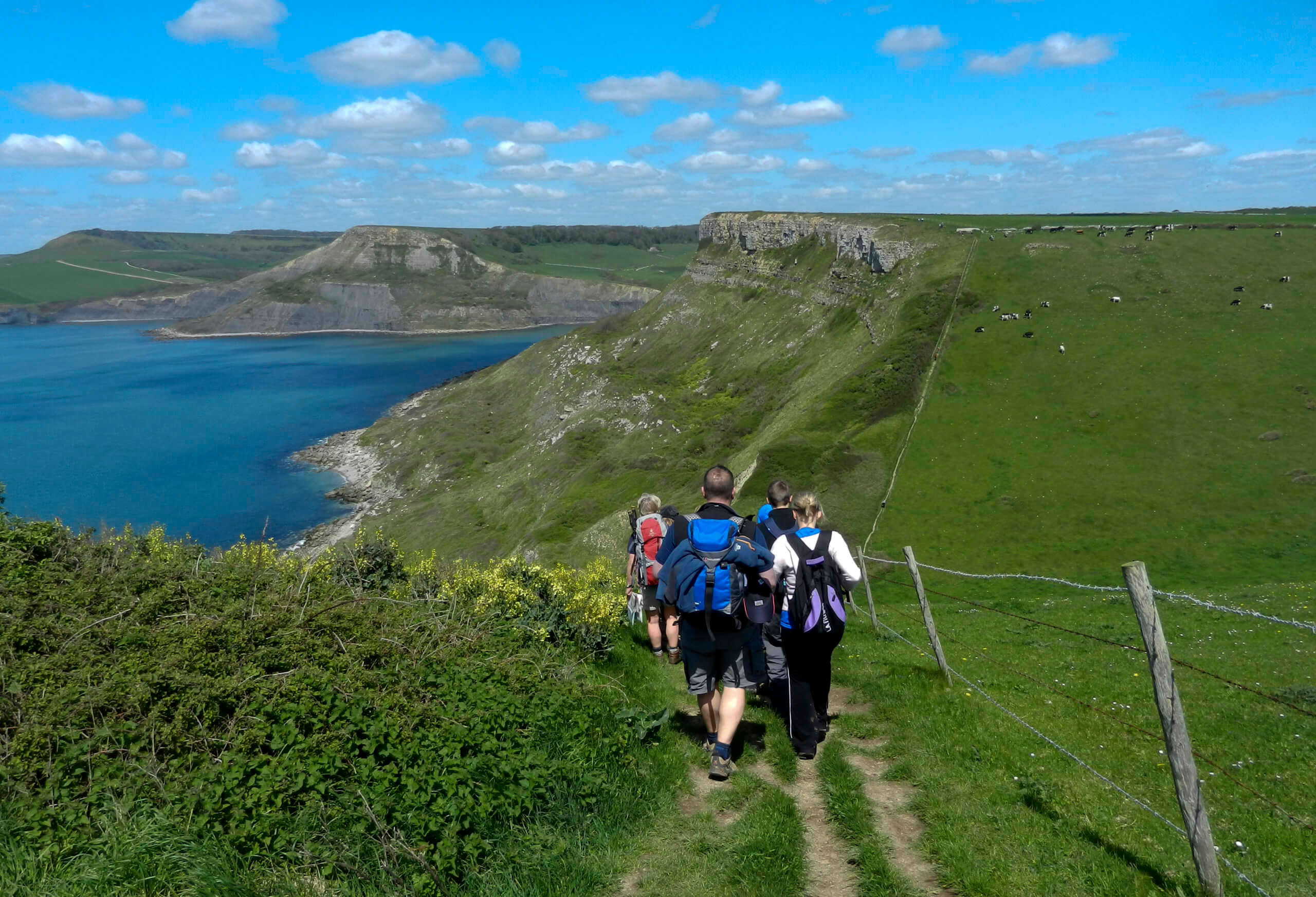 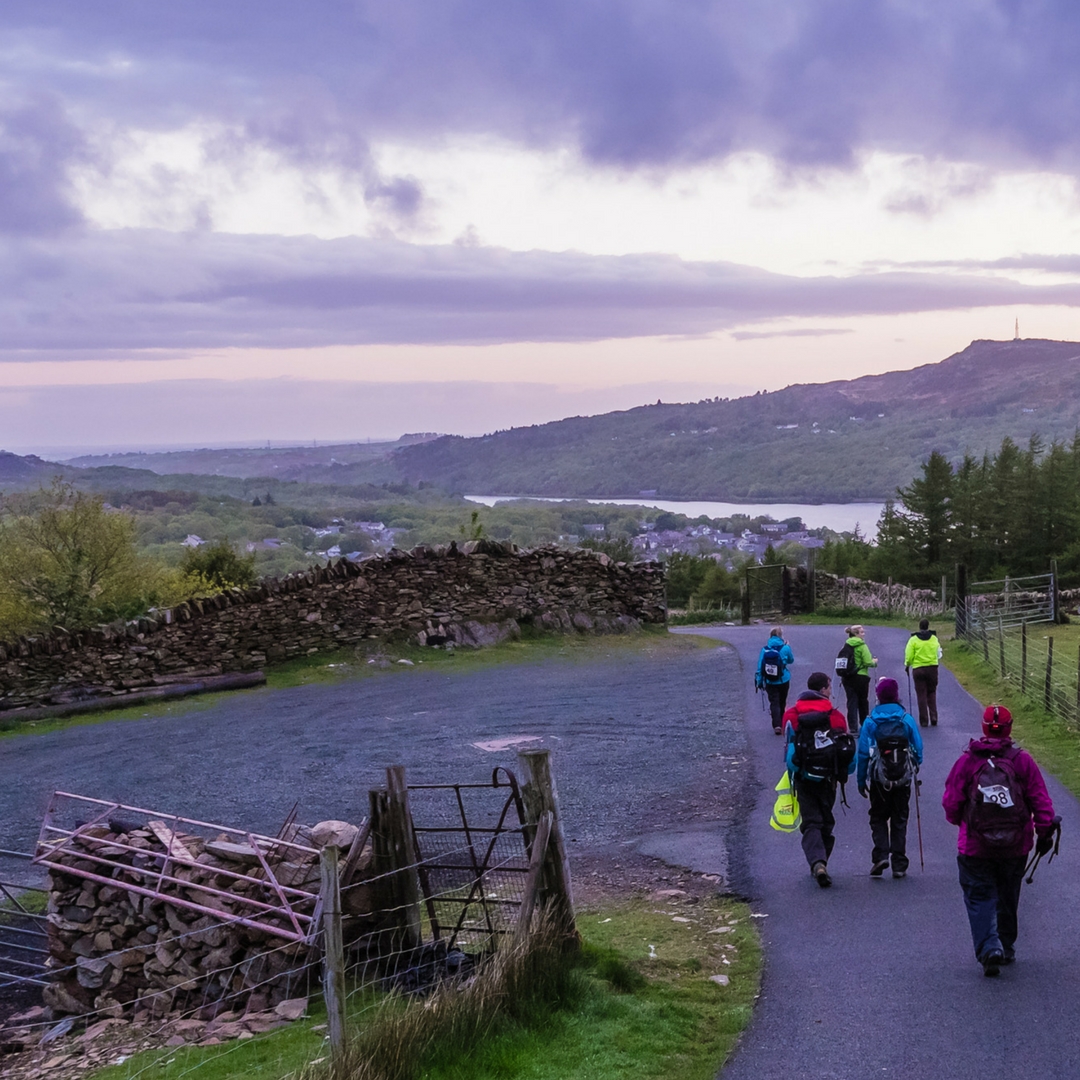